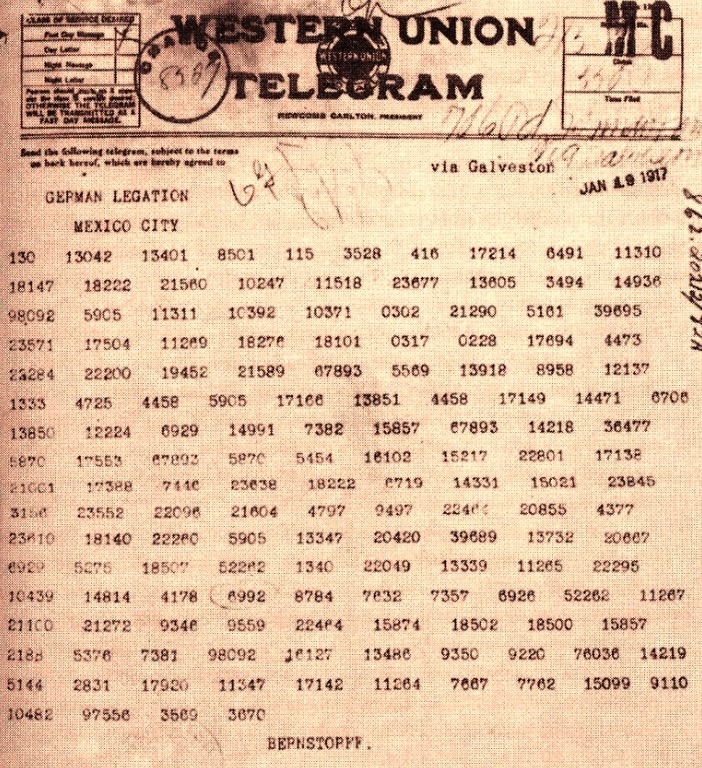 Last time on the blog, we looked at even more of the important, foundational legal texts of Modern America. From the practice of State of the Unions, the use of the State of the Union to deliver the Monroe Doctrine, and the legal backing to free 3 million slaves with the Emancipation Proclamation, the law can and has been used for an amazing, wide variety of purposes. This time we will be moving into the 20th century and looking at the historic documents there in. Unfortunately, the 20th was a century of war but it led to the world political landscape we have now.

The Zimmerman Note was an intercepted communication between Germany and Mexico, in which Germany proposed an alliance with Mexico should the US enter the war. World War I was raging at the time but the U.S. was still sticking it out in isolation. This note was intercepted by British intelligence and passed along. Sure, this might not seem like a ‘legal’ text but it was historically important for the inevitable entry of the United States into World War I.

Declaration of War Against Germany – April 6, 1917

Four days after the President issued a speech to Congress and America, asking them to go to war, it was declared so. This brought the United States into the complex war of alliances and while it isn’t the most important itself, it leads to the outcome of WWI which would shape foreign policy for decades to come.

A little over two years later and the Great War was ended. The Treaty of Versailles was the most important of the many peace treaties that put an end to World War I. In it were clauses that placed the financial burden and guilt of the entire war at the feet of Germany, a sticking point that would lead to later conflict, as well as provisions for the forming of the League of Nations. The League, being a precursor to the United Nations, guided international cooperative efforts and while the United States was in part responsible for the concept, it never joined the League.