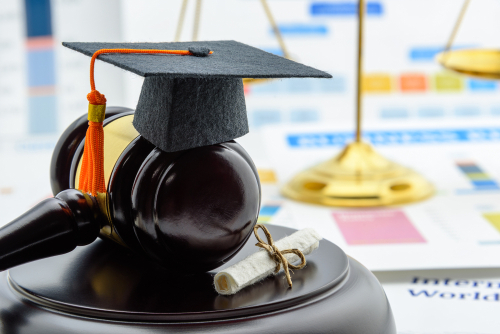 The idea that Law school no longer makes sense has been thrown around in the wake of the great financial crisis of 2008. Many question the value of the once-coveted law degree, as reports of unemployed lawyers and hopeless grads stranded with immense student debt continue to surface. Some even claim that Law School is irrational. But this is largely hearsay, and one would be wise to ignore the tenet completely.

First and foremost, the great economic disaster of 2008 is far from indicative of overarching trends in legal employment. When evaluated over a twenty-year career, the repercussion of recession becomes nothing more than a drop of water in a lake. In fact, a recent study following career lawyers from 1984 to 2013, found that a law degree was worth an additional $1 million in lifetime earnings when compared with the average college graduate.

Now is actually the time to attend law school. Enrollment has plummeted from 52,488 in 2010, to 37,924 in 2014. Professor Brian Leiter, distinguished legal scholar from the University of Chicago Law School, predicts that this trend will likely continue and admission will return to what it was in 1970—the golden age of law school. With fewer students attending Law school, more entry level positions will be opening for recent graduates.

Another noteworthy statistic for future lawyers shows a 4.3 increase in hiring from the Nation’s top firms. These firms are comprised of 500 lawyers or more, and an entry level position is accompanied by a lucrative $160k/year salary. These prospective lawyers are, of course, the crème of the crop, however, it was found that graduates serving in the public sector and other lower paying areas of law were boasting median incomes of $85,000 to $95,000 after ten years of practice. This is far above the national average, and these wages are accessible to pretty much anyone with a brain and a law degree.