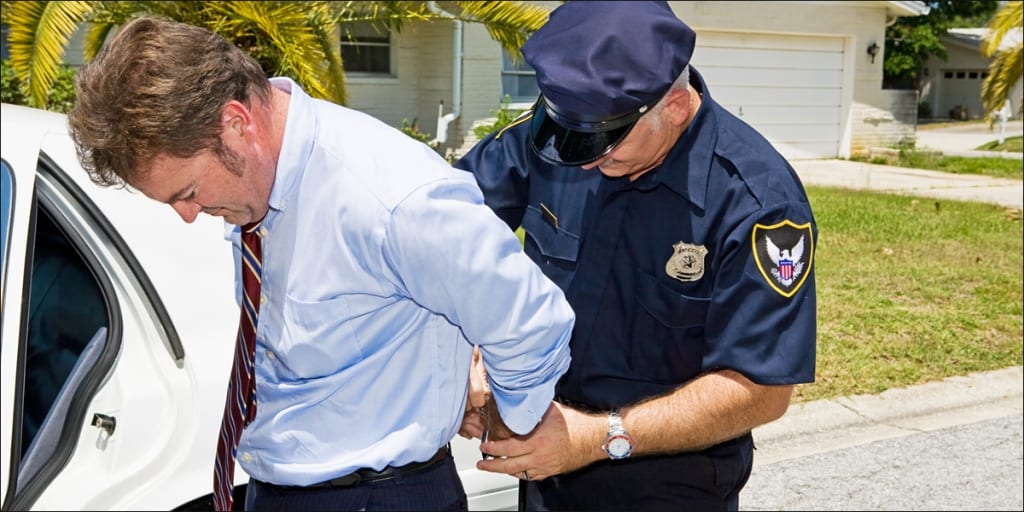 The basic definition of an arrest is if you are detained for any reason, even a traffic citation, an arrest has occurred. Once an arrest is made, a number of events occur that the accused needs to be aware of to protect his or her rights. At any arrest, it is in a defendant’s best interest not to talk to authorities until legal counsel is secured.

An initial appearance is a defendant’s first step in the legal proceedings. Once an arrest occurs, the person is taken to jail where fingerprints and photographs are taken. Fingerprinting establishes your identity and the photographs will be used in a photographic line-up for a crime victim to identify. The next step is the initial appearance, which must occur within 24 hours of an arrest, no matter what time the arrest is made. The court advises the defendant of the charges and establishes if a defense attorney needs to be appointed for a defendant who cannot afford an attorney.

The next court appearance is the arraignment. At this proceeding the defendant enters a plea of guilty or not guilty and the defendant’s attorney can request reasonable bail to be set. The arraignment and the initial appearance may be conducted at the same time in some court jurisdictions.

This event in court is something like a trial. But instead of deciding guilt or innocence, the state must prove that sufficient probable cause exists to warrant a trial. The state presents evidence and summons witnesses to testify. The defense may question state witnesses and bring its own to testify. If sufficient cause is established the case is scheduled for trial. Sometimes, a grand jury may be called upon to decide probable cause.

This stage of the criminal proceedings the state and defense bring motions. These include suppressing evidence that the defense argues was unconstitutionally obtained, delaying the trial date, recanting judges, excessive amount of bail, and other motions aimed at protecting the defendant’s rights and that due process is followed. The state counters these motions. This stage continues until trial.

The jury is selected, unless the trial is to be decided by a judge, and both sides present opening statements outlining their case. The state presents its evidence in the form of documents and witnesses testimony. After the state concludes presenting its evidence, the defense presents its case. Lawyers on both sides can cross-examine each other’s witnesses. Now, closing arguments are made and the case goes to the jury, if one is empaneled. The evidence is weighed and a decision of guilt or innocence is rendered, unless a verdict cannot be unanimously decided. If that happens a new trial can be set or the state can drop the case.

The state argues for a particular sentence to be imposed and the defense may present mitigating factors to reduce the length of a sentence. The defendant has a right to appeal the verdict, which is heard by the appellate court. Appeals must be based on some error made during the trial.
During this complex system, it is crucial that the defendant be represented by competent counsel, such as the extensively experienced criminal defense lawyers at Van Norman Law.