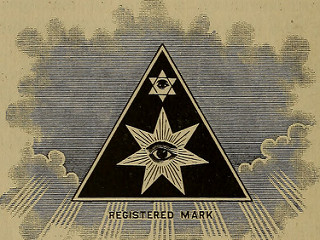 What is Divine Law?

Have you ever heard the term “divine law?” Even if you have never heard this term before, we are sure that you believe that it has something to do with the divine, meaning that in some form or another, God is involved with divine law. And you are correct!

While divine law is not practiced as deeply as conventional law, which is the kind of everyday law we experience, such as the no tolerance for drinking and driving and not being allowed to rob a store or trespass on private property, divine law is quite an interesting topic. With that in mind, one of the most notable differences between divine and conventional or common law is that unlike the latter, the former cannot be changed or altered, as they are interpreted as being the final word of God.

At its most basic level, divine laws are the laws set forth by God in a number of religious texts. In Western society, these are the texts from the three Abrahamic religions, Judaism, Christianity, and Islam. The laws themselves are written in the Torah, which are the five books of Moses (otherwise known as the Old Testament), the Bible, and the Qur’an.

What About the Eastern Religions?

You might now be wondering, but what about the predominately Eastern religions, such as Buddhism, etc.? Because the religions are different in general, they have had a different approach when it comes to law. For instance, the vast majority, if not all of the Eastern religious documents, are moral guides that governments and rulers in the past use to shape their laws, rather than the religious texts explicitly mapping out what can be considered as law itself. Therefore, the gods do not create law, it is human that creates law based on the guiding principles of their texts.

Divine law was most prominent during the times of early Hebrews, as well as the Greeks. They believed that the word of God created societal and individual order, which a government could then use to take care of its citizens.

In the modern day, many of the laws that we follow are not all divine law. However, there is a good number that are. The Ten Commandments, for instance, are an example of some number of divine law making its way into conventional, modern society.

If you are looking for a knowledgeable defense attorney, Van Norman Law is the team you can trust, learn more about us!