New Bill Regarding Firearms Being Debated 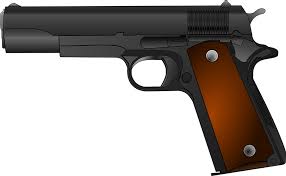 New Bill Regarding Firearms Being Debated

When it comes to the laws regarding firearms, the laws are created and executed according to each state. While these laws exist in the jurisdiction of state lines, the Obama administration has tried to curtail this state right to become federal law, and have tried, on more than one occasion, to restrict and limit gun rights in the states.

While the second amendment grants United States citizens the right to bear arms, the number of statewide shootings that have caught national attention constantly bring this debate to light and life.

But within Arizona itself, a new bill was brought back from the dead during the last week of February. This bill, which is the second of its kind to ever come to the Arizona congress, would allow people who have obtained concealed-carry permits to bring their firearms into public buildings.

The current law states that any public building is allowed to legally ban the presence of firearms on the property, meaning that even those who have concealed-carry permits are not legally permitted to have their weapons on their person when on public property that has banned firearms.

This bill, entitled SB 1243, is seen by its creators and supporters as a compromise from striking down the initial law that already exists. They also champion the idea that this will provide a greater amount of safety and reassurance to avid firearms enthusiasts for a number of reasons.

The first of these reasons being that they will be able to exercise their constitutional right to keep their firearm on their person at all times. Secondly, and the argument that is most popular at the moment, is that it will allow those with concealed-carry permits to keep their firearms on hand at all times in the case of an emergency, such as a shooter at large, in any public space or gathering.

This story will unfold over the next few weeks…

Van Norman Law has been defending criminal cases since 1994. Learn more about how we can help you when you need it.