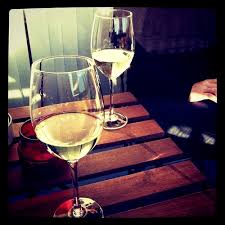 What are the Most Common Law Myths?

Ready to learn about more of the most common myths involving law? We hope you are because there are endless myths that somehow find their way on the internet and into people’s minds. Here are just a few more to learn and think about.

Myth: Having an idea patented or having an NDA will protect you from others stealing your ideas.

Unfortunately, this is not the case whatsoever. And while we wish that this myth were true, the reality is much different for these kinds of situations. Whenever a person or company files a patent or NDA, it becomes open and accessible to the public. While these are meant to keep ideas protected, many companies, especially large, profitable companies, will take these ideas and use them for new products or projects. Most of these times, these large, wealthy companies will steal someone else’s idea and settle in court if they were to ever be sued by the person who patented the idea.

Myth: If you’re on private property, you can’t be charged with public intoxication or a DUI.

This might be the biggest myth when it comes to law, and it’s something that can negatively affect anyone. If you’re aggressively intoxicated at a bar or another privately-owned space shared with the public, you can be arrested, 100%. So be aware of this the next time you have a wild night out, and think that nothing wrong will happen.

Myth: Any legal agreement must be negotiated and drafted by a lawyer.

Again, this is wrong. “Legal” agreements, such as business partnerships, are most often created by business owners and executives. In almost all cases, a lawyer really is not needed at all. If anything, lawyers should just be a second set of eyes to look over the agreement, rather than being the ones who craft the agreement.

Van Norman Law specializes in criminal justice and personal injury law. Learn more about our team and get the defense you deserve.