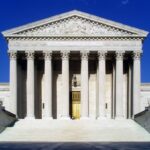 The Supreme Court will hear oral arguments for Brumfield v Cain, which came in the wake of the Supreme Court’s landmark eighth amendment trial, Atkins v Virginia. The Atkins trial deemed it unconstitutional for capital punishment to be used on the mentally handicapped. It was considered a violation of the eighth amendment, which forbids cruel and unusual punishment. Brumfield’s attorneys argue that he should be removed from death row for the murder of a Louisiana Police officer in 1995.

After the Atkins case in 2002, Brumfield appealed for post-conviction relief, contending that he was mentally handicapped, and thus exempt from capital punishment. Based off the initial evidence, however, the Louisiana State Court decided that Brumfield’s case did not comply with an Atkins related case. But Brumfield filed another appeal based on the contention that new evidence relevant to the case would force the Court to reconsider its decision. Indeed, a Federal Magistrate agreed that the additional evidence merited an Atkins hearing in the US court of Appeals for the Fifth Circuit.

If the Court rules in Brumfield’s favor, it is likely that a flood of Atkins related cases will hit the Supreme Court. It will ultimately lead to a debate concerning the separation of powers. Many states may react adversely to reopening cases based on the Atkins decision. It will cost states a great deal of money to deal with the surge of appeals. What’s more, the Atkins decision is extremely sensitive, much like any other stipulation dealing with murder. Many are reluctant to expend a great deal of funds to defend confirmed murderers of policemen like Brumfield. However, hopefully the division of opinions can lead to a more perfect understanding of the truth and justice.