Know The Clear Signs That Someone Is Drinking And Driving 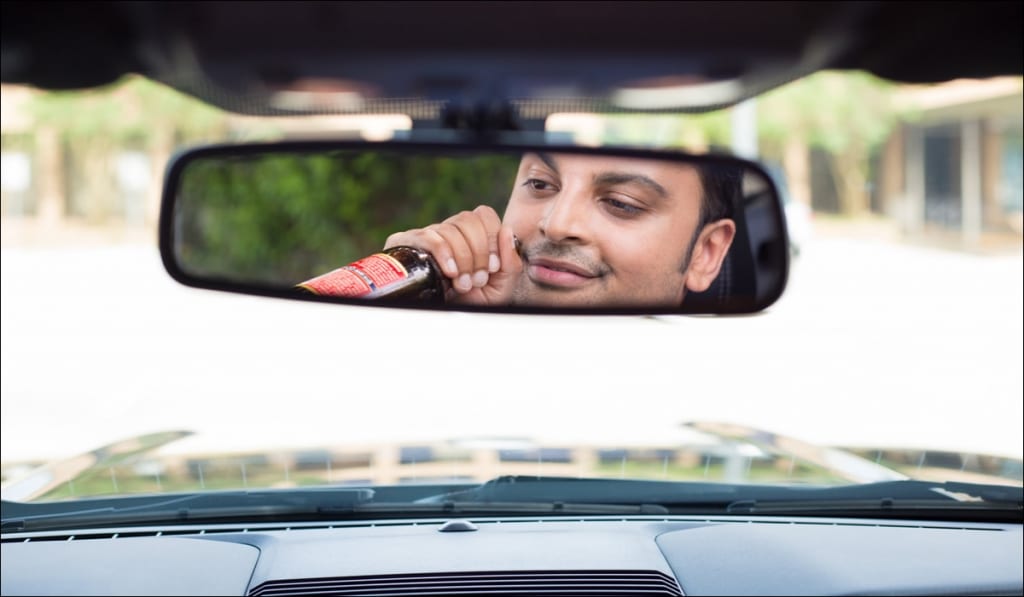 Know The Clear Signs That Someone Is Drinking And Driving

Know The Signs That Someone Is Drinking And Driving

Those who are drinking and driving cause a large number of serious accidents and deaths every year across the country. One of the best ways to protect you and your family from a potentially dangerous drunk driver is to simply know the signs that someone has been drinking and driving.

1. Headlights are off at night

For example, a clear telltale sign that someone may be drinking and driving is when the driver leaves the car headlights off while driving at night.

Swerving, weaving, drifting and consistently straddling the road center line is a major clue that someone may be inebriated behind the wheel. Keeping a safe distance from a driver who has been drinking is always recommended.

Equally telling is when an individual makes exceptionally wide turns. Overcompensation during the driving process simply means that someone has distorted judgment. Alcoholic beverages that have been consumed in excess can cause an individual to become confused and to exercise poor judgment.

4. Hitting or coming close to striking other vehicles or objects

Other indicators that someone is drunk and operating a motor vehicle include near misses or coming close to striking other objects or vehicles.

5. Driving on the wrong side of the road or stopping without a cause

Driving on the wrong side of the road and stopping without a cause or driving at a very slow speed also indicate that something is amiss with the other driver. Equally alarming is when a driver begins to drive on the wrong side of the road. If this happens exit the road immediately and stay clear of what could be a potentially serious car accident.

When another driver turns abruptly or turns illegally or is responding slowly to traffic signals this may provide clear evidence that the driver is impaired.

Braking erratically or maintaining erratic speed control is another sign that a driver has some type of impairment.

Never attempt to stop an individual who is drunk and driving, but instead call 911.

As a note, it is also possible that someone exhibiting these characteristics is impaired because of lack of sleep or some type of medical condition. Whatever the case may be, it is always recommended to exercise extreme caution when another driver on the road appears to be impaired.