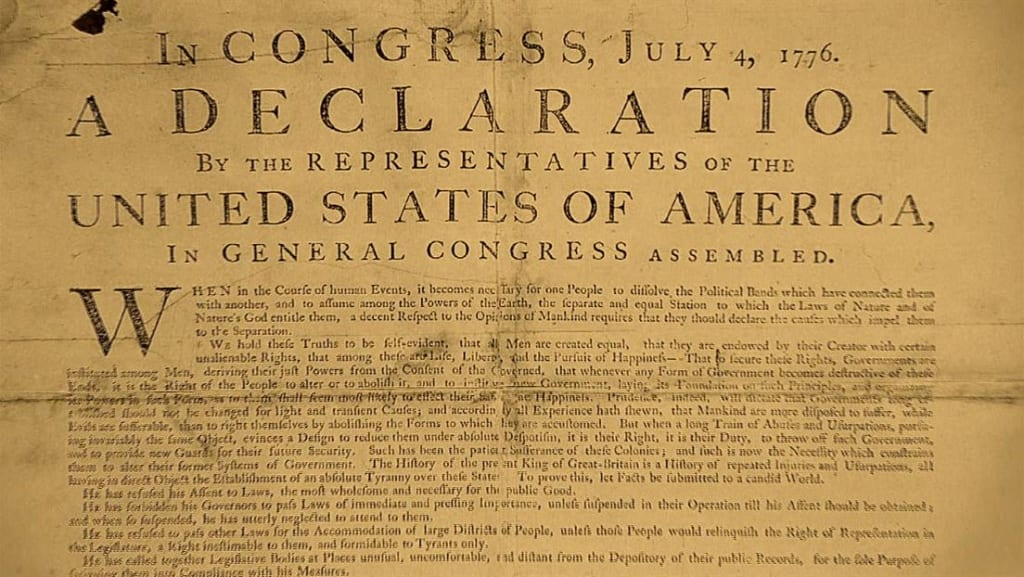 Welcome back to the Van Norman law blog! With August on the horizon and schools getting back in session (including law school) we decided to kick into education mode and look at some of the most important legal texts in American history. We previously discussed the Magna Carta, the Mayflower Compact, as well as the various taxes, mandates, and acts passed by the British crown, all that lead up to the formation of America. Now we’ll look at some early American texts that further shaped the legal landscape.

Drafted by George Mason primarily as well as Thomas Ludwell Lee with the intent to lay out the inherent rights of Virginians as the first state constitution. Consisting of sixteen articles that outline the basis or foundation of government. This document would later influence the Declaration of Independence as well as the United States Bill of Rights.

The premier document of American legislation, written by Thomas Jefferson and ratified by the Second Continental Congress. The Declaration of Independence is the document that formally, in the eyes of colonists, separated the thirteen American colonies into sovereign states free from British rule. This document became the foundation of what would come later, the Constitution. It also influenced and inspired documents and action in other countries in the Caribbean, West Africa, Europe, Spanish America and more.

Bet you didn’t know that there was a constitution before the Constitution. The first constitution of the United States of America popped up one year earlier than most realize. Formally known as the Articles of Confederation and Perpetual Union, this document was ratified in 1781 with the primary guideline that the Continental Congress gained only the powers that were held by the king and parliament. This document was used to guide the colonies through the war and in diplomacy with foreign nations.

That will do it for this edition of the most important legal texts in America History. Come back next time where we will take a slight diversion, moving from New World law to ancient civilization as we give a brief overview of a Legal Hall of Famer.

Stay up to date with legal information and news on the Van Norman Law blog!