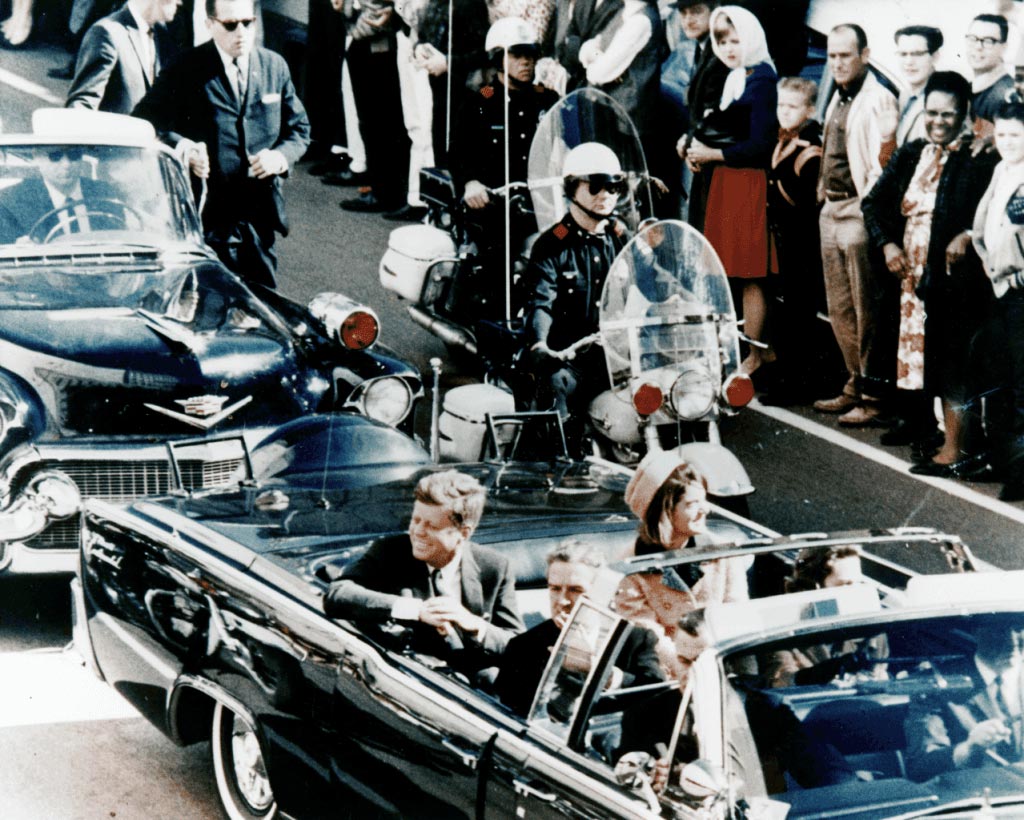 Crime. It’s all around us and it’s happening even as you’re reading this. While some crimes don’t make the headlines, there is a good number that do. But some crimes have been too wild to be forgotten. Here are some of the most iconic crimes in American

While most people outside of Chicago don’t tend to learn about this heinous crime, it goes down in history as one of America’s most notorious. Taking place during the time of Prohibition, gangster rivalry was at an all-time high. This event happened between two more notable gangs, in particular, those working for Scarface Al (Alphonse Capone) and Bugs (George Moran). What occurred on Valentine’s Day in 1929 was an assassination attempt by one of Capone’s men to kill Bugs. Bugs ended up hiding and never went into the warehouse they were supposed to buy bootleg whiskey from, but seven of his men were killed in the set-up.

Easily one of the most famous murders in American history, the assassination of President John F. Kennedy shook the entire world. While there are a number of conspiracies about who actually killed him, why he was killed, etc. the most famous story pins the blame on Lee Harvey Oswald. It was said that Oswald shot the president from the sixth floor of an old school book depository in Texas, and shot the president while he was with his wife in their car. Some people tend not to believe that this was the actual case because Oswald was more or less a “random” guy, with no real ties to the government, despite being an avid member of the Communist party.

A true tragedy that saddened the hearts of millions of Americans, the assassination of Dr. Martin Luther King Jr. was iconic and reinforced the racial divide in the country at the time. As the spearhead of the American Civil Rights movement, King emphasized non-violent forms of protesting and noncompliance. Unfortunately, he was murdered standing on a motel balcony. While his death is something that the American people will always remember, efforts in the Civil Rights Movement kept going strong, despite the major setback.