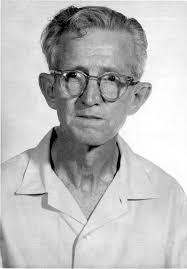 The U.S. Supreme Court is the nation’s final word when it comes to law (aside from the constitution). Throughout our nation’s history, the Supreme Court has literally and figuratively changed the course of how society works, what is deemed lawful or unlawful, and has been criticized time and time again for its decisions. While some of the cases the court deals with aren’t heard about by the general population, there are some that are currently and consistently talked about, despite how much time has passed. Here are some of the most famous and controversial Supreme Court cases…

Easily one of the most notable cases, Gideon v. Wainwright established that all criminal defendants, regardless of their economic standing, have the right to an attorney. Basically, this case opened up the ability for those who couldn’t afford a criminal defense attorney to be given one by the state and public.

In a tight decision, it was voted that police officers must read criminals and prisoners their rights before they can be questioned. In effect, an officer must say the following statement, “you have the right to remain silent, anything you say can and will be used against you in a court of law, you have the right to talk to a lawyer and have him present with you while you are being questioned, if you cannot afford to hire a lawyer, one will be appointed to represent you before any questioning, if you wish, and you can decide at any time to exercise these rights and not answer any questions or make any statements.”