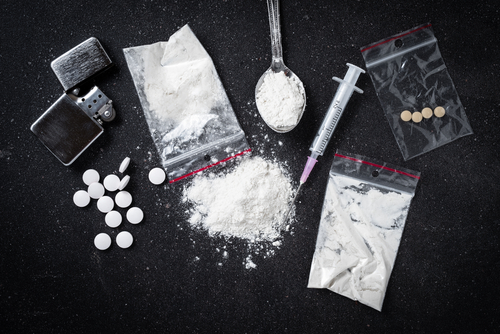 Arizona has always had issues when it comes to drugs and drug use. Compared to some other states in the nation, Arizona has one of the highest percentages of people using meth throughout the whole country. This is why Arizona law has been harsh when it comes to drug users and offenders. But what are the actual laws when it comes to offenses? In legal terms, things can become confusing for the average reader, which is why we have taken the time to explain drug offenses and possessions in simple, easy terms.

If you are caught with any of these drugs, including others in this category that have not been mentioned, you can face a Class 1 Misdemeanor, which can land you in jail for half of a year, or will be fined anywhere up to $2,500.

Possession of narcotics is considered a Class 5 Felony, with jail time for up to 18 months. Unfortunately, a vast majority of people who become addicted to narcotic drugs have received them for legitimate pain issues, like alleviating discomfort from surgery or even having wisdom teeth removed. Therefore, access to these drugs is rather widespread, and they must be taken carefully, otherwise they are easily and quickly abused.

While marijuana is currently legal for medicinal purposes in the state of Arizona, recreational marijuana is not. Oddly enough, marijuana laws are more complex and intricate than most other drug laws in the state, making them a difficult thing to track and pin down. They are also changing quite frequently, as more proposals for its full legalization have been showing up on statewide election ballots. However, if you are in possession of non-medical marijuana anywhere under two pounds, you could be hit with a Class 6 Felony, which could land you in jail for up to one full year or longer.

If you or anyone you know has recently been convicted or accused of possession of any classified drug mentioned above, do not hesitate to contact one of our professionals at Van Norman Law, today.