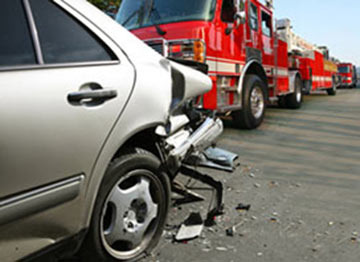 Driving demands a significant degree of attention. A good motor vehicle operator is aware of surrounding cars, speed, pedestrians, reckless drivers, and wandering animals. The latter is responsible for roughly 1.5 million animal-car accidents each year, causing 10,000 injuries, 150 deaths, and an average of $2,500 in property damage per collision. Drivers should avoid animal collisions at all cost, because it is impossible to sue a deer…

There is no surefire way to protect against animal related accidents. Obviously, complete attention is the best defense against wandering animals. It is said that roadside reflectors deter deer and the like from curiously approaching a motor vehicle and meeting its death. However, cold hard statistics supporting this contention are non-existent, and thus, motor vehicle operators should not rely on reflectors to protect them against animal related accidents.

Be Careful During Peak Deer Season

One idea we stress at Van Norman Law is to be especially vigilant behind the wheel during peak deer crash seasons and areas known to have a high concentration of deer. Usually, peek deer crash season occurs during hunting and mating seasons, when deer are forced to roam outside their comfort zone. Another important defense is to be alert while driving at dusk or dawn in areas with a high concentration of deer. Dusk and dawn tend to be vulnerable times for drivers as well as deer, the latter usually venture out to eat during these intervals.

Never Swerve To Avoid A Deer

Although preventative measures can be taken, sometimes animal collision is unavoidable. If a deer runs out in front of you sporadically, check your rearview mirror to make sure no motor vehicles are behind you. If the rear is clear, then brake immediately, but carefully. The noise itself might scare the deer off. Most importantly, never swerve to avoid hitting the deer. By doing so you are posing a significant risk to yourself.

Have You Been In An Animal-Related Car Accident?

If you’ve been involved in a car accident due to an animal, contact Van Norman Law in Scottsdale to learn about your options and to set up a FREE consultation.