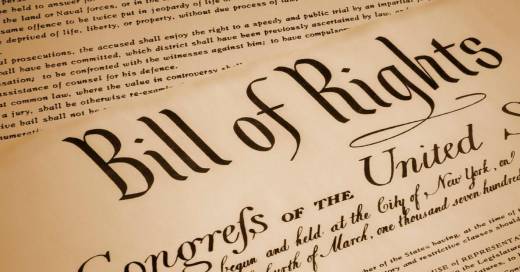 We have already discussed the first two amendments, which arguably receive more attention than the rest of amendments combined. That does not mean they are not important though! Let’s get right into it.

The Third Amendment – “No soldier shall, in time of peace be quartered in any house, without the consent of the owner, nor in time of war, but in a manner to be prescribed by law.”

If this seems like an oddly specific amendment, that is because it is. Leading up to the Revolutionary War, British soldiers had the right to enter any home in the American Colonies and make it their own. Entire blocks were co-opted by the British and turned to barracks.  Personal possessions were destroyed and livelihoods ruined. The founding fathers included the third amendment to keep this from ever happening again.

The Fourth Amendment – “The right of the people to be secure in their persons, houses, papers, and effects, against unreasonable searches and seizures, shall not be violated, and no warrants shall issue, but upon probable cause, supported by oath or affirmation, and particularly describing the place to be searched, and the persons or things to be seized.”

This amendment dictates rights associated with searches and seizures. Have you ever watched a law show and noticed?  Because of the fourth amendment, law enforcement officials need a warrant before they can enter your home or search through your belongings. The warrant needs to specifically state what they are looking for, and where they are going to be looking.

The Fifth Amendment – “No person shall be held to answer for a capital, or otherwise infamous crime, unless on a presentment or indictment of a grand jury, except in cases arising in the land or naval forces, or in the militia, when in actual service in time of war or public danger; nor shall any person be subject for the same offense to be twice put in jeopardy of life or limb; nor shall be compelled in any criminal case to be a witness against himself, nor be deprived of life, liberty, or property, without due process of law; nor shall private property be taken for public use, without just compensation”

If you thought that the Fifth Amendment was a doozy, you were correct. Under this amendment, anyone accused of a criminal or capital crime has the right to appear in front of a grand jury.  The only exception, is if they are in the armed forces. Additionally, the Fifth Amendment protects citizens from double jeopardy and self-incrimination.