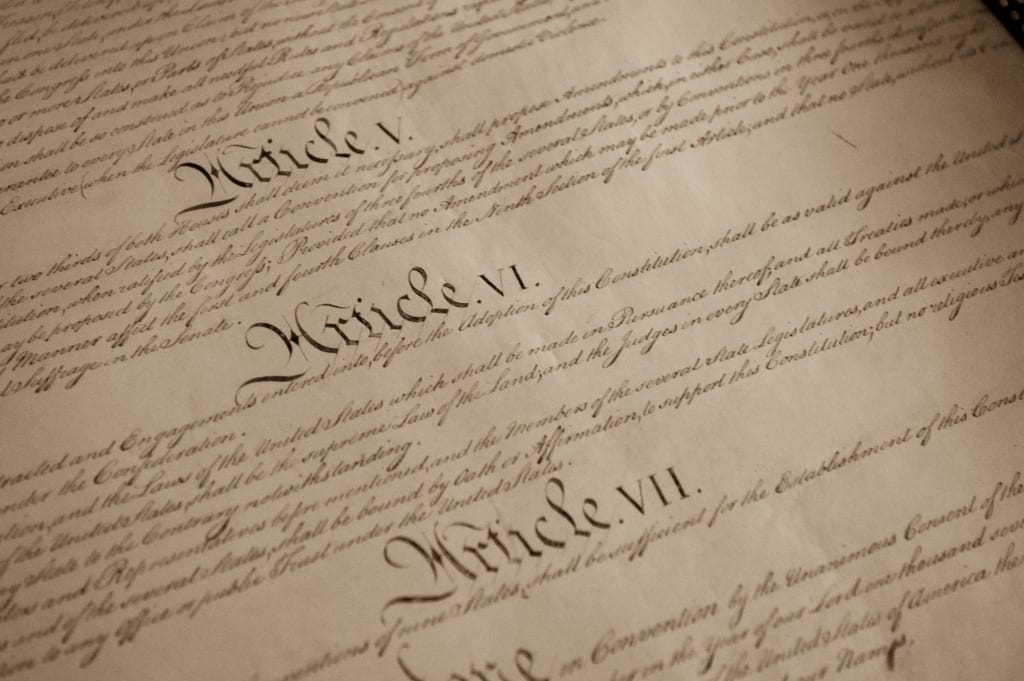 Now we are really getting into the meat of the Bill of Rights. These are some of the lesser discussed amendments, which makes reviewing them now even more important. The next two amendments address the legal system, which makes them particularly relevant for us here at Van Normal Law.

The Sixth Amendment – “In all criminal prosecutions, the accused shall enjoy the right to a speedy and public trial, by an impartial jury of the state and district wherein the crime shall have been committed, which district shall have been previously ascertained by law, and to be informed of the nature and cause of the accusation; to be confronted with the witnesses against him; to have compulsory process for obtaining witnesses in his favor, and to have the assistance of counsel for his defense.”

The sixth amendment dictates many of the rights of the accused. These are the rights to a speedy, public trial, an impartial jury, notice of accusation, confrontation, compulsory process, and the assistance of counsel. To clarify, criminal trials must convene and be concluded as quickly as possible. They must be public. Juries must be composed of the accused’s peers and be impartial. The accused has the right to present witnesses, and to cross-examine the witnesses of the prosecution. They are also given the right to free legal representation in the form of a public defender.

The Seventh Amendment – “In suits at common law, where the value in controversy shall exceed twenty dollars, the right of trial by jury shall be preserved, and no fact tried by a jury, shall be otherwise reexamined in any court of the United States, than according to the rules of the common law.”

The Seventh Amendment is rarely relevant anymore. It guarantees a citizen’s right to a jury trial for civil cases in federal court when disputes exceed $20. Back then $20 was a massive amount of money. Today, disputes must exceed $75,000 before they can be handled in a federal court.