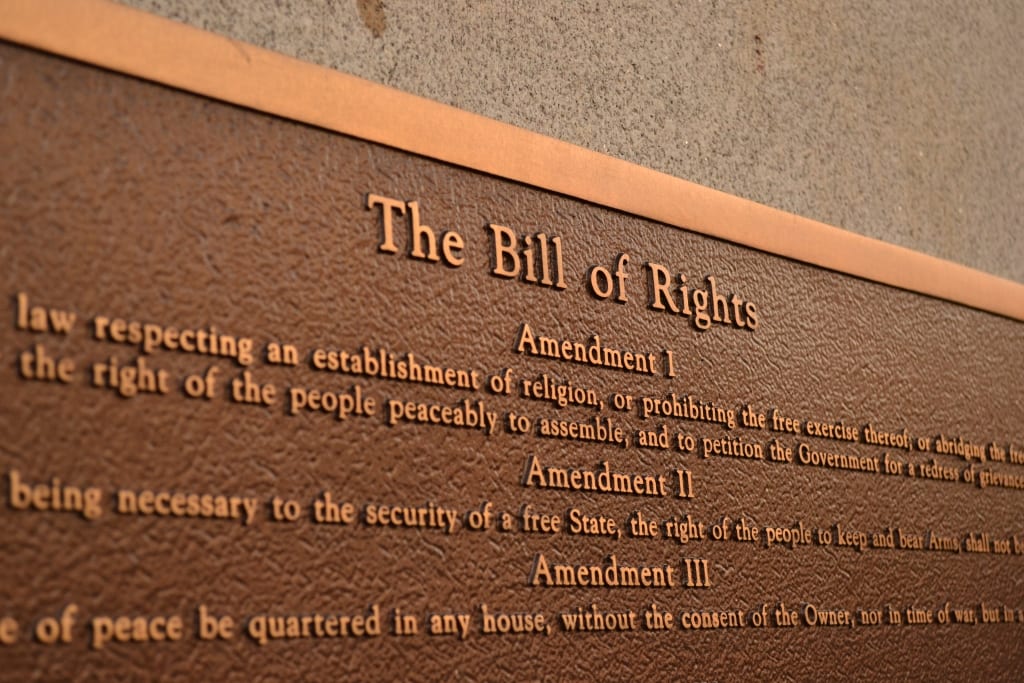 Today we will be concluding our exploration of the Bill of Rights. The rights dictated by the first ten amendments to the Constitution of the United States are foundational elements of our country. They make America the unique and incredible country it is today. Let’s finish off learning about the Bill of Rights by diving into the final three amendments.

The Eighth Amendment – “Excessive bail shall not be required, nor excessive fines imposed, nor cruel and unusual punishments inflicted.”

After an individual is accused of a crime, and while they are waiting to go on trial, they are given the opportunity to make bail. If they pay an appropriate amount of money, they will be released from jail pending the commencement of their trial. The Eighth Amendment regulates how bail can be set. The cost of bail must directly reflect the severity of the crime allegedly committed by the accused. Additionally, excessive fines cannot be levied against the accused.

The Ninth Amendment – “The enumeration in the Constitution, of certain rights, shall not be construed to deny or disparage others retained by the people.”

The Ninth Amendment further regulates governmental power. The wording may be confusing, but essentially it means that the contents of the Constitution, what has been written in, and what has been omitted, can never be used to take rights away from the citizens of the United States. The ninth amendment is a coverall meant to protect citizens from anything the founding fathers were unable to anticipate.

The Tenth Amendment – “The powers not delegated to the United States by the Constitution, nor prohibited by it to the states, are reserved to the states respectively, or to the people.”