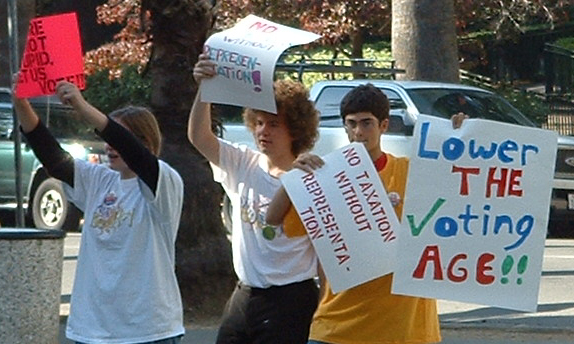 Hey there! We hope that you’ve been reading along to our four part blog series covering all of the 27 amendments to the Constitution! We’ll be wrapping up this series by covering the final six amendments. Without further ado, here they are…

Twenty Second Amendment: This amendment carefully outlines the legal serving limitations of the presidency. For instance, it covers that the president can no longer serve after completing more than two terms in his/her lifetime, and it also states that for someone who has served longer than two years of a term in which another president was initially elected cannot serve again.

Twenty Third Amendment: The twenty third amendment sets the precedent that grants the District of Columbia electors in the Electoral College. Even though DC is technically not a state, it has a number of people living there who wanted a say in national elections. They currently have three electoral votes.

Twenty Fourth Amendment: Ratified in 1964, the twenty fourth amendment to the Constitution states that it is illegal to revoke anyone’s voting right if they haven’t paid their taxes. Some of these taxes include a poll-tax, income tax, social security tax, etc.

Twenty Fifth Amendment: This amendment established the procedures for a person succeeding the current president. This also applies to procedures for succeeding a vice president in office. There is another part that also outlines what to do if a president with a disability is in some way not able to fulfill his role if there was a medical emergency.

Twenty Sixth Amendment: This established that the legal age to vote for any election in the United States would be eighteen and older. It also made it illegal for anyone under the age of eighteen to vote in any election, whether local, statewide, or federal.

And there you have it, folks. An explanation of all twenty seven amendments to our Constitution. Know your legal rights and defend them!